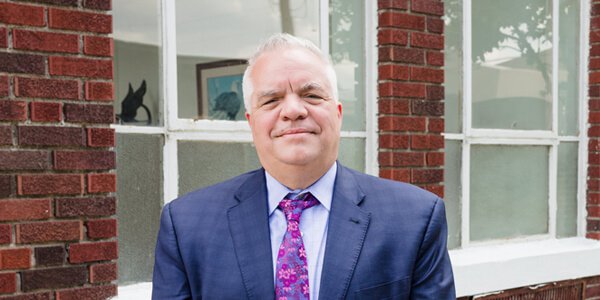 Attorney Mark M. Ferguson graduated from Park High School and studied advertising at University of Missouri - Kansas City. In 1990, he went on to receive his Juris Doctorate from UMKC’s law school. As a student, one of his most treasured accomplishments was ranking number one in a criminal law class. Upon graduating from law school, his first job was as a rule 13 law clerk. During that time, he continued to develop his skills under the leadership of other attorneys and provided them assistance with day-to-day tasks such as writing, researching, and analyzing cases.

After spending some time working in Clay County’s prosecuting office, Mark served as an Assistant Prosecutor of Missouri. Before long, the desire grew to launch his own firm. In 1996, he started his own practice. Mark is passionate about making a difference in the lives of others and believes in standing up for what’s right.

There’s a real rush that comes with presenting an argument in the courtroom, but what really gets me going is knowing that I’m helping change someone’s life for the better.

In addition to practicing law, Mark gives back to the community by serving on the Board of Directors for various non-profit organizations. He is the president of Alliance Futbol Club and has coached soccer for 12 years. While he loved to play, a skiing accident in which he tore his ACL cut those days short. A true local sports fan who desires to make a positive impact, Mark is also a player-mentor to the Missouri Comets. He is married with two children and values family life.

Tell us your story.