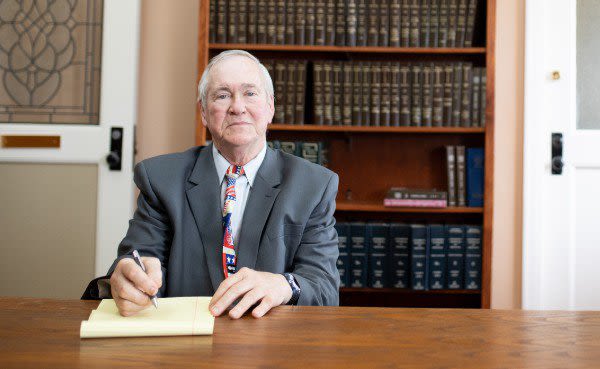 John Newberry began his work in the legal field while in law school, where he served as a clerk for Snowden, Craine, & DeCooper. Upon graduating from the University of Missouri-Kansas City School of Law in 1975, John became an Associate for Snowden, Craine, & DeCooper. While there, John practiced criminal law for five years where he handled a wide range of Felony cases including: domestic assault, armed robbery, and possession of drugs. After serving as an Associate, John entered into private practice where he continued to handle domestic and criminal cases. However, John also pursued traffic and Federal tax cases. In fact, many of the Federal tax cases that John appeared on required him to argue before Federal District Courts across the United States. These include: Colorado, Minnesota, Indiana and Missouri.

After working privately for about ten years, John agreed to become the Chief Assistant Prosecutor for Clay County, Missouri, where he served for twelve years. During this stint, John assisted in prosecuting multiple death penalty cases while also orchestrating hundreds of plea agreements. In 2005, John became an associate for Mark M. Ferguson, Attorney At Law, LLC. While at Mark M. Ferguson, Attorney At Law, LLC, John primarily focused on domestic cases. After garnering more than forty-five years of legal experience in the court room, John understands the delicate nature of domestic client cases, and strives to ensure that the cases are handled with the utmost of sensitivity and quality care. Outside the practicing law, John enjoys spending time with his two dogs which he adopted, Tucker and Violet.